In memory of Paul Neale 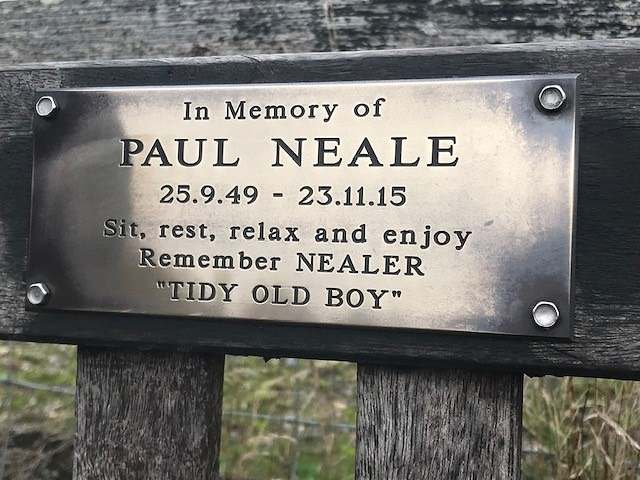 This week we commemorate the 5 year anniversary since the passing of our good friend Paul Neale, who passed away on 23rd November 2015.  Below is a tribute to Paul written at the time, which sums up so well all that Paul did for the club.  He is still missed by all that knew him at Jarvis Brook FC, and we know he would be proud of the achievements of the club as we continue to build on the great contribution that Paul made to the Jarvis Brook family.

We were all shocked in the Autumn of 2014 to learn that the Club Groundsman Paul Neale was diagnosed with cancer.  A little over a year later, Paul sadly lost his battle with the disease and passed away on 23rd November 2015.

Known to everyone as “Nealer”, Paul started at Jarvis Brook Football Club as a player in the 1970s.  When his son Paul Jnr was old enough to play football, he joined the Juniors as a coach, and managed a highly successful Juniors team though to Under 18s.  He was also Secretary of the Sports Club for many years and Chairman of the Juniors club during the 1990s.

Paul took responsibility for looking after and managing the grounds at Jarvis Brook Sports Club for more than 20 years, overseeing the clubhouse and pitches.  During that time, however, Paul carried out a much wider role including acting as Fixtures Secretary for the senior teams, Sports Club Committee Member, Senior Club Representative, unpaid handyman, unofficial security guard, electrician, proud supporter and so many roles behind the scenes which seldom get recognised.

On call 24/7, he was the first point of contact for everyone whenever there was a problem at the club and was an ever-present who could often been seen pushing his wheelbarrow or pitch marking machine come rain or shine, frost or snow.

Over the years Paul has given up so many hours of his time in service to the Club.  He is regarded as simply irreplaceable, and is a beacon for all that is good about community football.  His tireless hard work has helped to ensure that thousands of children and adults have been able to enjoy their football at one of the best grass roots facilities in East Sussex that he helped create.

In 2015 Nealer was deservedly presented with the Sussex County F.A. Football Workforce Volunteer Award in recognition of his dedication to grassroots football.  This award recognises and rewards the work of people within football in Sussex, who give up their time to make a difference to grassroots football in their local community.  There is no better example of that than Paul Neale, and he was extremely proud to have been honoured in this way.

The award was appropriately presented at Sussex County Cricket Club in Hove as part of the Sussex FA’s County Awards Evening, a place where Paul enjoyed watching Sussex all his life.

Paul stood for everything that is good about the game.  A man who put his heart and soul into the club he loved, played for and looked after, and he earned every plaudit he was ever given.  The reason I got into coaching football was Paul Neale, who one Autumn morning in 1997 put his arm around my shoulder and cajoled me into doing more than just watching from the touchlines!  19 years later…!

There are many reminders of Paul around the club – little “Nealerisms” that still remain.  His legendary dry wit and one-liners, some of which are still written up in the store in his own hand.

Paul was always looking to give something back, and this year we will be presenting the first Paul Neale Award which is dedicated to Paul’s memory. This is awarded to somebody who best embodies the spirit of the club, someone with ‘blue blood’ running through their veins and someone of whom Nealer would have been proud.

Nealer was a man whose flame still burns bright and will never be forgotten.  He retains a place in our hearts and I, like so many other folk was sad but proud to pay my last respects and mark his passing at his funeral in December.

Good on you Nealer – thanks for the memories, and for all you did for our club and for the Jarvis Brook family.  As Paul himself would often say about others, he was “a tidy old boy.”  May your memory live on.